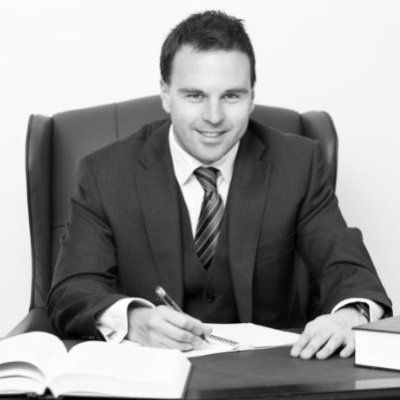 What is the Client Interviewing Competition? A committee member's perspective.

My name is Matthew Parry. Today I am a solicitor-advocate, a PhD student, a committee member, and one of the National Training Officers for the England and Wales Client Interviewing Competition. In 2005, however, I was a student at Cardiff Law School studying the Bar Vocational Course (now Bar Professional Training Course) and hunting for a mooting competition that I had not yet experienced. When I saw an intra university e-mail advertising the Client Interviewing Competition, I was intrigued, mainly because I had never heard of it, and didn't have a clue what it was!

Ten years later it can be seen that I remain heavily involved with the competition, and yet my initial reaction often mirrors that of many contemporary students. Asa result, the purpose of this piece is to explain, not the forensic details of the competition which other pieces deal with, but a broad understanding of what the competition entails, and why students should consider participating.

The format of the competition is detailed elsewhere, but when I describe it to people who have never heard of it before, and who I am certain will switch off if my answer is not concluded within 30 seconds (normally an interview setting), I say the following:

"It is a competition with a team of two student-lawyers meeting a client they have never seen before, forming, maintaining and developing a relationship with the client while gaining information, legal and non-legal, and giving limited but clear and accurate advice. In thirty minutes!"

This gives a flavour of the skills that are required and, once fully developed, it becomes clear that it is a complex cocktail that requires many different skills. It also explains why I felt completely exhausted after every interview I did in the competition.

Why is it different to other legal competitions?

One major difference from other legal competitions is the preparation that is possible before an interview. In a moot the students are expected to have their arguments prepared. The dominant feature of the competition is utilising that preparation by persuasive argument. They should be able to anticipate their strengths and weaknesses, and even judicial intervention should be something that can be prepared for and guarded against as it is possible to prepare for both sides of the case.

In the negotiations competition, the same applies. While the students lack the confidential information pertaining to the other side, they have the full information about their own client. They can therefore prepare confidently for the negotiation knowing how best to deal on behalf of their client, and have a reasonable knowledge of the fact patterns and the situation with which they will be confronted. There is far more recourse to flexibility and spontaneous reaction, but they have 50% of the story and can prepare accordingly.

By contrast, the client interviewing competition informs the students of the general area of law (for example, commercial contracts) and provides them with a one or two line memorandum informing them of contact details and (possibly) one or two facts that might assist. This is all that the competitors have to forewarn them of the content of the interview.

The result is that preparation, while still essential, is less important than the ability to react to new information and to appreciate the importance of an ever-changing scenario. It is not sufficient merely to be able to analyse the information that is provided. It is necessary to explore the character who has provided the information. You need to acknowledge, engage with and empathise with the person with whom you are dealing. In no other competition do you directly work with a person who is neither a judge nor an opponent. The ability to develop a working relationship with a client who may be instructed to make this as difficult as possible, distinguishes the good teams from the great.

A second difference has great importance for the social side of the competition. In mooting and negotiations, there is a direct competition with the other teams. Even when this competitive element is finished, there is always the potential for social interaction to be limited by the battles that have been fought. In the client interviewing competition there is no direct opposition. The interviews take place away from the other teams, and therefore the opportunity to meet new people, expand contact networks and social frivolity is only encouraged.  For me, this was particularly the case at the international competition, and I remain friends to this day with people who I met at the regional, national and international competitions.

Why is similar to other competitions?

The differences between this and other competitions are acute but the academic rigour is no less important than in other competitions. The competition ensures that the judges are experienced practitioners and counsellors, all of whom are keen to encourage future lawyers to achieve their potential and hone their developing skills.

The teams that have done particularly well in the competition have possessed different styles, but they all hold one thing in common: an aptitude for hard work. It is a difficult skill to be able to prepare for multiple possibilities and to carry these into the interview together with a relaxed and calm, yet professional, approach that will simultaneously put the client at his or her ease and also convey the certainty that their case is in the hands of confident solicitors.

One of the cornerstones of the competition that matches mooting and negotiations, is the need for flexibility and commercial awareness. In a moot, when a judge is clearly against a particular argument, the wise mooter knows when to back away and focus on more fertile grounds. A sage negotiator does not continue to bang away at a brick wall when it is clear that there is no room for agreement, but instead will try a different tactic, angle, or approach. Likewise an interviewer will be able to read when a client has given all that there is to give, and understand the time to move on to new topics for questions, or a new part of the interview.

Why do this competition?

There is an article of faith in law that, if it ever ceases to be so will single the end of the practice of law as we know it. That article of faith is that a case is only as important as the humans who are affected.

Law is about the people involved, and this human element, whether it is Farmer John Collins of Gwent or Farmer Zoe Thomas of Norfolk, is the central feature of every case. No client, seeking advice, wishes to hear an abstract legal theory, with occasional demonstrations in Latin, identifying the myriad of possible outcomes that might be determined by the Supreme Court after four years of litigation, and legal bills exceeding £100,000.

In light of this, how can anyone want not to do this competition?