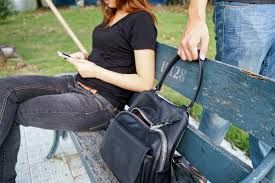 The topic for the 2019 competition was Crime: theft. This included robbery, burglary, stealing, fraud and embezzlement but not bribery or corruption.

Assessment: there is now a zero mark option where the team does no reflection at all.

Teachers' Resources: there is now a page on the site where faculty can share roles and other information. If you would like to access this, you need to email [email protected] from your university email account and provide a password (no special requirements).

Closing date for entries: the closing date has now passed and 42 law schools have entered. We have been able to accept 39 with 4 on the waiting list.

West Regional hosted by the University of Exeter. 3 teams qualified for the finals. Full results.

London and South East Regional hosted by the University of Kent. 3 teams qualified for the finals. Full results.

National Finals: 9 March 2019. Hosted by the University of the West of England, Bristol. The top ranking 10 teams nationally took part (red above). The competition was won by students from the University of Exeter.

International Competition: 3-6 April 2019. Hosted by the Law Society of Ireland, Dublin. The winners of our national competition took part.